MJM was started in 1993 by Mark Jones, originally a tape based 8 track (running cubase in sync with Akai samplers) slowly MJM became busy with mainly local bands. In 1996 went to 16 track doing albums for THE RUBBISH, WALTER MITTY’S HEAD, PURPLE PEOPLE and tracks for POCKET CENTRAL and JOE HUBBARD, also around this time I worked on the number 1 album ‘IT’S GREAT WHEN YOU’RE STRAIGHT YEAH!’ by BLACK GRAPE. After this worked on the POOKA album ‘ Fools give birth to angels’ and also ‘morning song’ for MAUPA amongst others.

Around 2001 went digital, got the Pro Tools mix 24 plus TDM system. Did the album ‘SOLID NOURISHMENT‘ by BIG DOG (had the legendary GENO WASHINGTON in MJM.) Wrote and recorded tracks with MARCELLA DETROIT, worked on various projects before working as Pro Tools engineer for PETER GABRIEL during his ‘GROWING UP‘ tour. 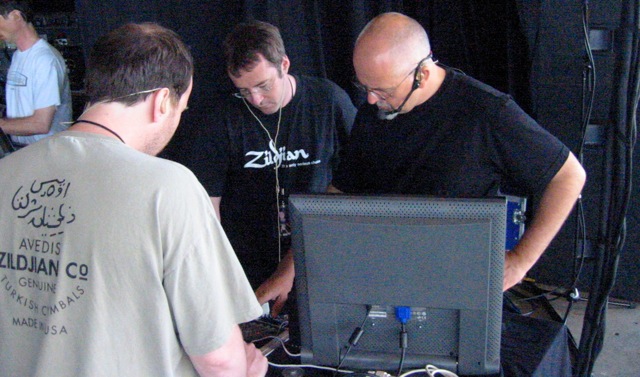 Who we’ve done it for